If you ask a random person on the street to describe shamanism, they will most likely give you blank glances. The majority of people are startled to realise that shamanism is the world’s oldest spiritual and problem-solving method, rather than a religion. Even more astonishing is the fact that it is the forerunner of most major global religions, including Judaeo-Christian and Buddhist faiths, and that it has been practised for at least 40,000 years and potentially much longer on every inhabited continent on the planet. Shamanism was a crucial survival mechanism for ancient humans in the past.

Our hunter-gatherer forefathers carved and painted images straight from shamanic experience on the stone walls of caves and cliffs all over the planet. We no longer live in caves or in tiny groups where everyone knows one other. Most of us live significantly longer and healthier lives than our forefathers, yet our brains, the portion of us capable of fearing the dark and seeking assistance from invisible forces, haven’t altered in over a quarter-million years. What made prehistoric people’s uncertain existence simpler still works now because, while the world has changed, we have not fundamentally changed.

When people are asked what a shaman is, they may think of Native American “medicine men” or the term “witchdoctor.” In actuality, the definition of a shaman and what he or she accomplishes is straightforward. The word’shaman’ comes from the Siberian Tungus language, which means ‘one who sees.’ It refers to someone who can ‘travel’ to different dimensions while in an altered state of consciousness in order to meet and work with spirit beings. During the shaman’s experience of meeting spirits, she realises that there is no separation between anything that is: no separation between me writing these words and you reading them, no separation between a dog and a cat, no separation between life and death, no separation between this seemingly material reality and the non-material realities of the spirit worlds. This concept of ‘oneness’ is popular in today’s culture, and many quantum physicists working with subatomic theory are increasingly endorsing it, but such scientists are seeking to depict a purely physical, rather than a spiritual, oneness. Whereas most of us can only imagine the concept of ‘oneness,’ shamans really experience it through the shamanic ‘trip’ and direct, intimate contact with spirit. 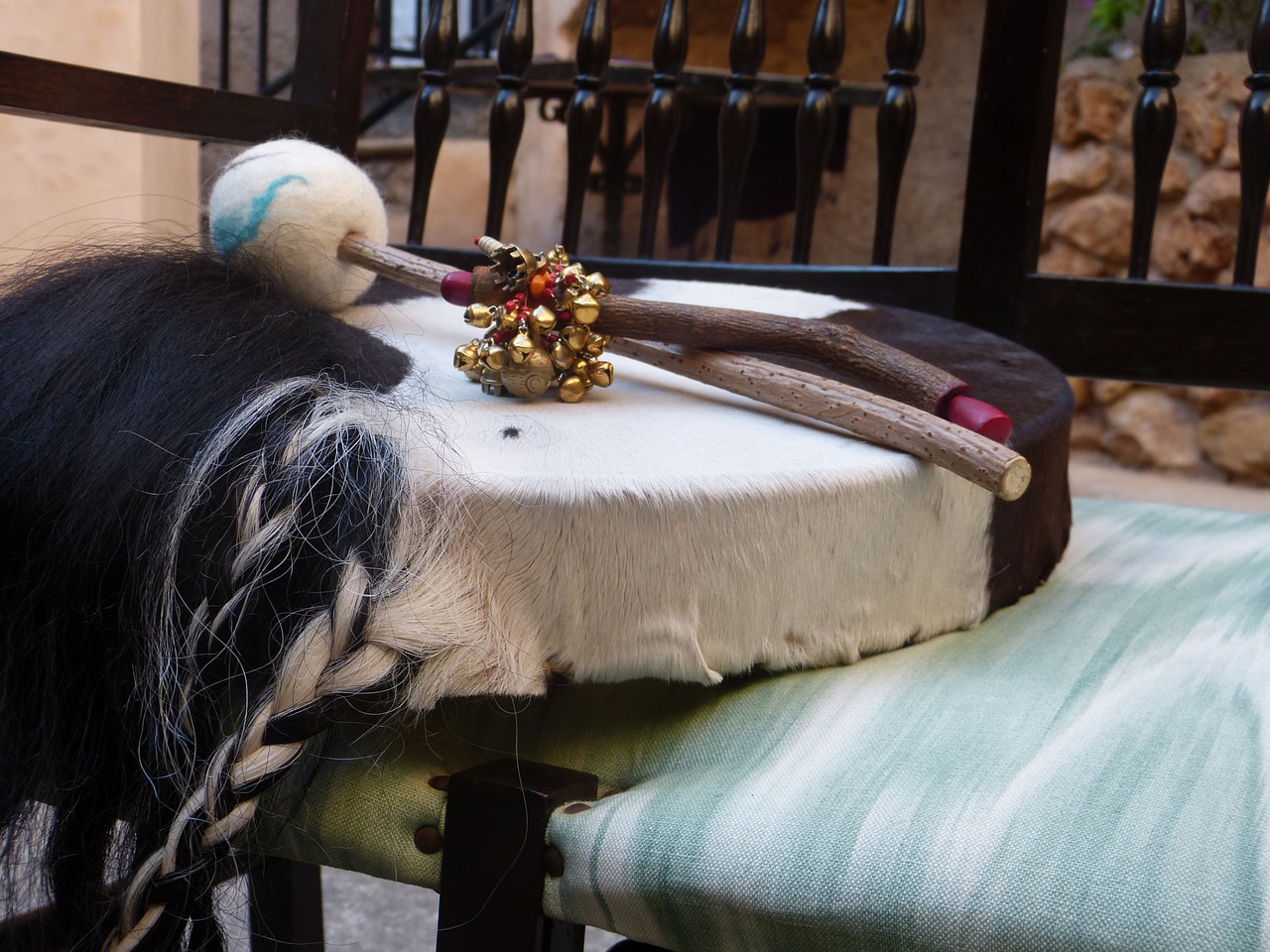 In physiological terms, the journey begins when the shaman shifts the fundamental cognitive function from the left cerebral hemisphere to the right, through the corpus collosum – that is, from the structuring, organising hemisphere to the visualising, perceiving hemisphere. The use of percussive sound, such as drumming, rattling, or clapping, will aid this ‘breakthrough’ in the vast majority of cultures across the world. Although hallucinogens like ayahuasca are frequently promoted in the West as a tool to alter consciousness, traditional shamans only utilise plants in this way around 10% of the time. The trip begins metaphysically when the shaman’s mind departs from the present moment and explores places only she can see. These realms are referred to as ‘alternative reality,’ ‘the realm of the spirits,’ or ‘non-ordinary reality,’ according on the culture and tradition. Shamans are known as ‘the walker between the worlds’ in certain cultures because they serve as a link between ‘here’ and ‘there.’

Shamanism is both sophisticated and contradictory, despite its reputation as a primordial religion practised by less evolved peoples and nations. Shamanic trips’ ‘worlds’ are completely real; they exist and may be touched, smelt, and experienced just like this ‘ordinary’ reality. At the same time, they are qualitative spaces, states of being that reflect and support the purpose of the shaman’s trip – to seek the spirits for assistance, healing, or knowledge. The Lower, Middle, and Upper Worlds of the Shaman – interpreted as Hell, Earth, and Heaven in subsequent tripartite cosmologies – appear to be a natural aspect of human vision, according to recent cognitive science studies.

“What are spirits?” is, predictably, one of the most commonly asked questions by students learning about shamanism. Perhaps we lack a clear, objective grasp of such things as spirits because Western civilization has mostly avoided thinking about spirituality for many centuries. It’s become a catch-all term for creatures, energies, ghosts, angels, ancestors, the undead, elves, and fairies; the list goes on and on. Personally, I have two perspectives on spirit, and while they are similar, they are not identical, and they both work for me. Spirits are described as part of all that exists in the Core Shamanic, or Western, tradition, which informs my own practise and teaching.

I am a spirit who has taken up residence in a human body in order to have a human experience. Although the spirits I encounter on my ‘journeys’ are disembodied and hence lack an existential perspective that I lack, we are basically the same: particles of unlimited universal energy, pieces of the Great Spirit. We all originate from, exist within, and return to this energy. It is via living from this perspective that a shaman may feel the lack of difference between things that regular reality perceives to be quite distinct, such as life and death or health and sickness.

My second notion of spirit is psychological and archetypal, as outlined in CG Jung’s autobiography ‘Memories, Dreams, Reflections.’ Jung spoke on his personal encounter with spirit assistants, saying, “Philemon… brought home to me the critical realisation that there are entities in my brain that I do not create, but that create themselves and have their own existence. Philemon symbolised a power that had nothing to do with me.” This is a lovely, clear description of how it feels to engage with spirit during a shamanic experience. To put it another way, I explain the travelling process to my pupils as having one’s imagination tamed and controlled by someone external.

My second notion of spirit is psychological and archetypal, as outlined in CG Jung’s autobiography ‘Memories, Dreams, Reflections.’ Jung spoke on his personal encounter with spirit assistants, saying, “Philemon… brought home to me the critical realisation that there are entities in my brain that I do not create, but that create themselves and have their own existence. Philemon symbolised a power that had nothing to do with me.” This is a lovely, clear description of how it feels to engage with spirit during a shamanic experience. To put it another way, I explain the travelling process to my pupils as having one’s imagination tamed and controlled by someone external.